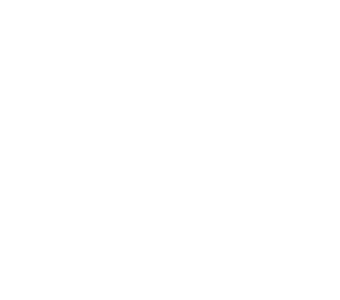 Here's where you'll find what we're all about and a bit of our History too.

Our vision is to be disciples & make disciples. To do this, we want to build churches that have these defining principles:

Vineyard churches are committed to the theology and practice of the kingdom of God — which we view as the over-arching and integrating theme of the Bible. We are committed to proclaiming the good news of the kingdom and to bearing witness to the “already and not yet” of the kingdom in word and deed through healing (physical, emotional and social), doing justice and seeing people released to enjoy a full relationship with God.

Loving God and loving others

Vineyard churches welcome God’s presence, seeking in worship and prayer to hear His voice and to be obedient to His leading. As we become increasingly sensitive and responsive to the Spirit’s presence, we “see what the Father is doing” and pursue that with passion.

We also love people – inside and outside the church – with relationships characterised by respect and honour. “Being disciples, making disciples” spreads into every aspect of what we do, both with people who are part of our churches and those who are coming towards faith in Jesus.

﻿Vineyard churches want to bring the gospel of the kingdom wherever we sense God’s leading, most often by planting culturally-relevant churches in a wide variety of settings. We are called to compassion and healing, leaning towards the lost, the poor, the outcast and the stranger as though we serve Jesus Himself.

Ten common factors that are high priorities in Vineyard churches:

The Vineyard movement originated in the United States in 1974, with the first Vineyard church growing rapidly and attracting a wide range of mostly young people with a desire to know, experience and share their faith in God. Growth was rapid and several other Vineyard churches were planted in California, with priorities of fostering worship, evangelism, relationships, healing, training and church planting.

In 1982, John Wimber and several other pastors led their existing churches into Vineyard as their visions were complementary and before long John became leader of the movement. Initially, Vineyard restricted its church-planting thrust to North America, limiting its operation in other countries to renewal conferences and training. However, Vineyard has now recognised a clear call to plant churches throughout the world, including New Zealand.

Vineyard’s first impact in New Zealand came when John Wimber held the “Signs, Wonders and Church Growth” conference in 1986, which had a significant effect on many denominations in this country. It provided an alternative theology and practice for healing and other Holy Spirit-empowered works through the emphasis on Kingdom theology and “doing what you see the Father doing” . Vineyard churches in New Zealand were launched in March 1995 when the 10 New Zealand Harvest Christian Centres that had been founded by Lloyd & Victoria Rankin became Vineyard Christian Fellowships.

Harvest had been styled on the purposes, values and priorities of Vineyard churches since its inception in 1989, but had not been given permission to use the Vineyard name, nor formally be part of the movement. The first Harvest Christian Centre was planted in Mahurangi in October 1989 by Lloyd & Victoria, and quickly grew and was instrumental in the planting of the next nine Harvest churches.

After 30 years as the founding National Directors, in 2019 Lloyd & Victoria handed over the directorship to David & Lissie MacGregor. The Vineyard Churches of Aotearoa now have 28 churches and more church plants coming from Mahurangi in the north to Dunedin in the south.

We are committed to taking our place in the Church in New Zealand and the world, to fulfil the calling God has given us as a “tribe” within the family of God, to bring our flavour to the whole and in so doing enrich the Church and be enriched by the Church.